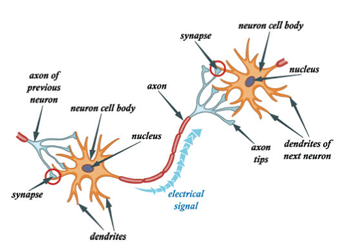 Interestingly, axons and dendrites don’t actually touch. There is a space between them, called a synapse. So how does the electrical signal “jump” the gap? You could say the energy changes form. The electrical current causes chemicals in the axon tip to be released. These chemicals, called neurotransmitters, flow across the synapse and lock on to the dendrite of the next neuron, where they cause new electrical signals to be generated and passed on in the same manner.

You can use common electronic components to model how nerve impulses get relayed from one neuron to another in the body. 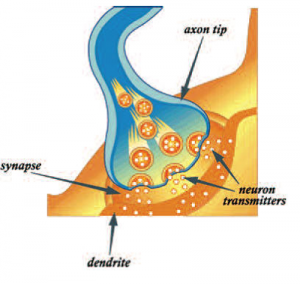