Wind power is one of the world’s fastest-growing sources of renewable energy. It uses the force of the wind to spin turbines. These spinning turbines generate electricity. Most wind power is produced at wind farms, which are large groups of turbines in consistently windy locations. A very large wind farm can generate enough electricity for all the homes in a city of about one million people.

Small wind turbines can be used for individual homes, businesses, and boats. They can be used to pump water, or the electricity can be stored in large batteries for use at another time. 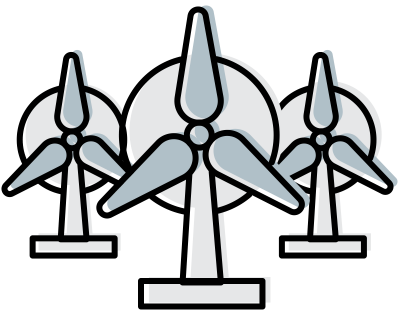